Some of our partners:

Revisiting Our 8 Telecom Megatrends for 2018

Thanks to the proliferation of LTE, all of the smarter and faster smartphones and apps, and growing trend of cutting the cord, the amount of data traffic continues to grow.  As the M2M application sector starts to take off along with residential wireless broadband offerings, this megatrend will continue for some time.

Verizon and AT&T got some level of reprieve as T-Mobile and Sprint have concentrated on making their case to merge instead of grabbing market share by aggressive marketing campaigns that lower Average Revenue per Unit (ARPU).  On the other hand, all of the carriers continue to invest heavily in adding network capacity to keep with network demand.  This means increasing network expenses – the largest of which are cell site rents and backhaul. 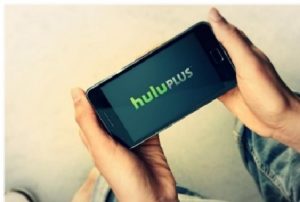 Customers – especially Millennials – are eschewing cable contracts and traditional Big Network TV programming and instead subscribing to On Demand services like Netflix, Hulu, and Amazon Prime.

The same consumers who want to watch what they want, when they want, also expect to watch content or access applications/data anywhere they go.  Want to see some cranky teenagers?  Take them someplace without WiFi or a cellular signal.

MEC is indeed here, but it is really only being used by the wireless carriers in the form of their CRAN network architecture.  CRAN consolidates the Base Band Units (BBU) in one location that can control 30-40 cell sites and/or small cells.  As of today, there are no customer applications that require low latency to the extent that the servers must be closer to the end user.  Edge computing will be a megatrend, but it will not really be mainstream until after 5G networks are deployed and applications are developed that require this higher level of network immediacy.

IoT networks have taken an interesting turn as the large wireless providers with their mature networks and nationwide coverage are starting up their own IoT network offerings which operate on their existing networks.  How can a startup compete?  Spoiler alert…they cannot.

AI applications have not really left the lab at this point.  Companies like Google, IBM, Facebook, Microsoft, and Apple continue to pull in data everywhere they can.  Yes, your smartphone is spying on you.  However, the customer applications have been slow to develop.  There will definitely be more to follow in this area – especially once 5G networks are able to provide real time data that AI applications will need to make timely decisions like controlling traffic across an entire city during rush hour.

Like AI, Blockchain technology is still largely in the lab with the exception of cryptocurrency.  This distribute ledger technology has great promise for data and transactional security as well as identification verification.  It just may take 5G networks to move blockchain out of the lab and into our daily lives.

Fixed Wireless will be on the 2019 Megatrends list.  Both the availability of mmWave spectrum and the difficulty in deploying fiber everywhere have spurred the development of fixed wireless (point to point) network connections.  The growing dependence on network connectivity has also provided the opportunity for Fixed Wireless network providers to provide broadband connectivity for the purposes of network redundancy.  More to follow on this hot market.

Please contact SellTower to learn more about emerging technologies and their impact to the stakeholders in the telecommunication and network infrastructure sectors.

Call 501-329-2114 or email sales@selltower.com to schedule a call or briefing for your company.